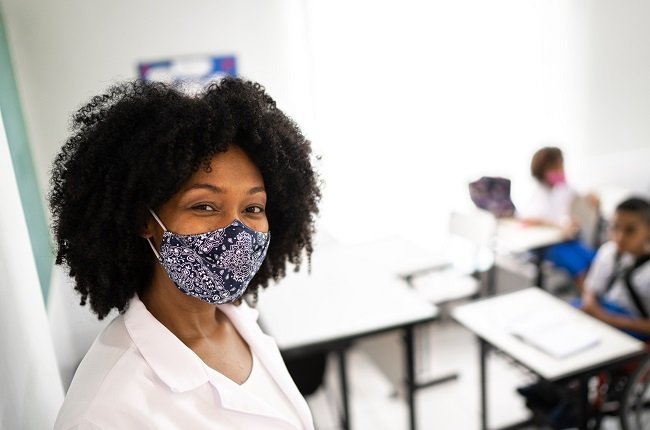 The education assistants who were recruited as part of the Basic Education Employment Initiative have officially stepped into schools and started work. This initiative is said to be helping the youth of South Africa in various ways.

Teacher assistants who were hired as part of the Basic Education Employment Initiative (BEEI) began work this week with many seeing the opportunity as a blessing.

Interviews and placements were finishing up at the end of October with the department saying that assistants are now undergoing training and orientation and having to fully immerse themselves in the school assistant position.

I’m happy to have this opportunity because it’s something that I really love and it’s my passion. I’m currently still doing my studies to become a teacher with my degree in the foundation phase. I’m grateful for the experience.

Some teacher assistants were hired to work at the schools they once attended with one assistant saying, “I’m happy to give back in any way that I can”.

Many hired under the initiative are using the stipend they receive to pay for their future studies, some to become full-time teachers. Some assistants have to complete their education degrees such as the Bachelor of Education or the Postgraduate Certificate of Education (PGCE).

They receive a stipend of R3817.44 per month, minus R38 per month UIF contribution.

One assistant was lucky enough to be placed at the same school which they taught at for their teaching practice as she said, “I’m happy to be back again”.

We know not everyone who applied made it, which is why those who did must make the most of it to serve, give back and grow.

As part of the initiative, young people were hired as not only education assistants but general assistants as well. These positions will then equip them with skills which could be used in careers outside of teaching as well.

The initiative aimed to help not only unemployed youth, but even more specifically, unemployed graduates as South Africa suffers from an employment crisis with high unemployment rates, especially amongst youth.

The Centre for Development and Enterprise (CDE) Executive Director, Ann Bernstein said youth aged between 15-34 years is the most excluded by the government and the job market.

This is the initiative’s second round which will see the assistants being hired from November until March next year.