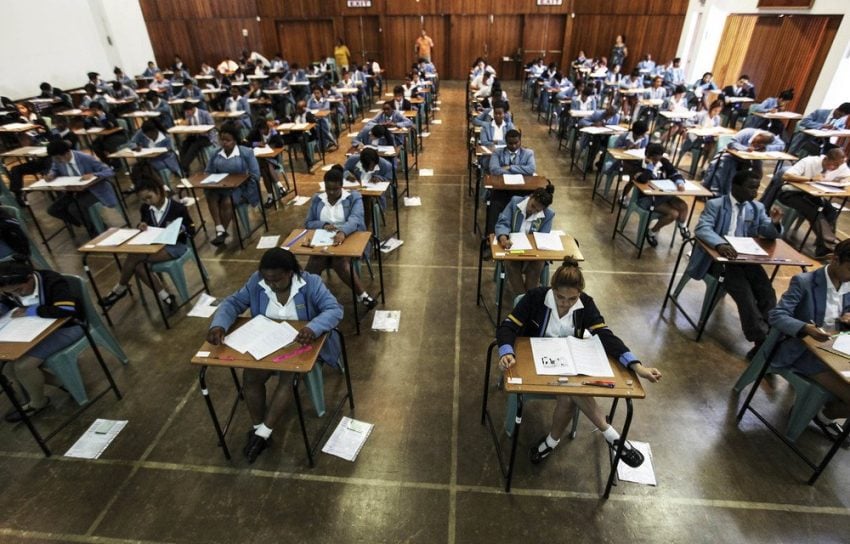 As the Basic Education Minister took to the stand today, she announced that over 700 000 Matrics will be writing with almost 900 000 sitting for this year’s final Matric exams. Exams will begin in less than three weeks.

The Minister of Basic Education, Angie Motshekga, held a briefing on Friday afternoon to provide updates on the schooling sector as we continue to live alongside Covid-19. Just in time as Matric exams are soon coming up.

735 677 full-time learners will be sitting down to write their Matric exams with the Minister saying:

This is the Grade 11 Class of 2020, that did not complete their curriculum; but through the sheer hard work and dedication of our teachers, they have been able to cover the entire curriculum of 2021, and that they even had enough time to do revisions.

After consultations with provinces to check on their state of readiness, Motshekga said that all provinces have confirmed that “it is all system go”.

There has been an increase in the number of learners registering for part-time studies with 162 109 part-time candidates writing this year, through the Second Chance Matric programme.

This shows that 897 786 people will be writing during this upcoming exam period. This would be the third Matric exam period under the pandemic.

Matric results will be announced by 20 January.

Motshekga appealed to parents, communities and schools to provide support and space to Matrics as the Matric exams are less than three weeks away.

She mentioned that without support, learners might have to resort to foul practices to obtain good results:

It’s in the interest of the country so that we don’t go back to the very embarrassing situation we found ourselves in 2020 where there was scribbling and all sorts of things and discrediting an exam which is written by hundreds of thousands.

“The NSC exam is a combination of almost 13 years of schooling with an estimated 2500 days of teaching and learning,” said the Minister.

Learners also had to experience and work through a complicated and hazardous almost two years when the pandemic hit to get to where they are now.