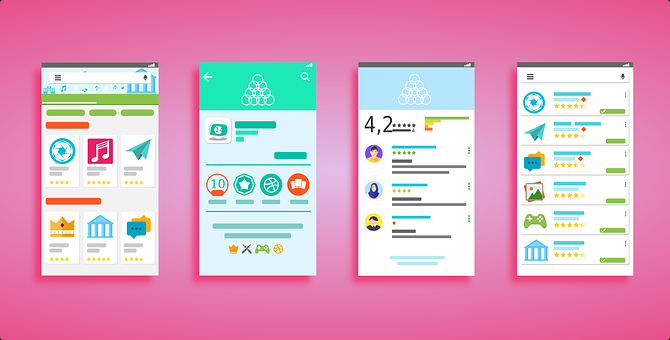 Cross-browser and cross-platform testing is the process of testing an app’s functionality, compatibility, and user-friendliness before it’s launched on different devices, browsers, or operating systems. It’s essentially the scientific way of confirming whether a mobile application is efficiently functional on all devices and platforms.

The need for such testing? App development firms spend a lot of time and effort to boost the efficiencies and user-friendliness of the products they create. These tests help them spot glaring mistakes in the application so that they can be fixed before hitting the market. Between 2010 to 2019, almost 25% of all the apps downloaded on mobile phones were only used once after download. They were instantly dumped. To avoid such catastrophes, leading mobile testing companies are finding new ways of testing apps’ efficiencies before they’re launched so that they make the right first impressions on downloaders.

Smartphones have become prevalent in almost every industry, amongst all demographics and geographical locations. The modern-day user depends on apps to make decisions, for gaming, to facilitate athletic pursuits, manage finances, and countless other tasks. Not only has consumer demand for mobile apps risen, so have the expectations from these apps.

This rising demand makes mobile testing more important and more difficult than ever. The wide range of unique mobile devices (many with different screen sizes), browsers, screen resolutions, and operating systems makes life extremely hard for traditional quality assurance teams. Your in-house quality assurance team may tell you that your app works fine on iPhones. But, it may have a myriad of bugs on low-cost Android devices.

These inconsistencies across different operating systems, devices, and browsers, amplifies the need to test apps for each platform. Thankfully, the leading testing companies have platform-specific capabilities. They can immediately spot mistakes in the user-interfaces or hardware compatibility levels of mobile apps.

On the other hand, apps that are blindly launched without cross-browser and cross-platform testing suffer from these issues –

Lack of a Consistent User Experience

When one app runs on various operating systems, devices, or browsers, it’s hard to deliver consistent user experiences. Major app companies like Instagram, Facebook, etc., achieve user experience consistency by constant testing and mending. Sure, they have access to more resources. But, what these companies really do is leverage the power of error detection and correction.

Leading app companies are constantly finding new ways to make their mobile apps more compatible with different devices with different screen sizes, specs, and resolutions. From something as simple as the app’s fonts to its user-interface coding – every little detail needs to be tested for compatibility and user-friendliness before it hits the market.

App developers want their products to be easy to interact with. However, different browsers and devices offer different data input and interaction options to customers. For instance, the physical buttons or touchscreen controls in an iPhone will be completely different from an Android device. That’s why apps that aren’t tested across different devices and platforms deliver poor initial interactions with app users. No wonder the abandonment rate for most apps is so high!

By testing apps across various platforms and devices, developers get a clear idea of how much accessibility support they have to provide to their products. How much debugging does the app need once it crosses a certain number of downloads? What will the workload and the responsibilities of the development team look like once the mobile app is launched? Cross-browser and cross-platform testing addresses these questions.

Storage-related issues are common for most apps. As different IoT devices, phones, and platforms offer different types of storage space limitations; an un-tested app can easily become a burden for a user a few minutes after the download. Testing enables developers to see their apps’ performance and behavior when it’s faced with different data storage issues. Tested apps can handle data properly and don’t let storage issues affect app performances.

A recent study revealed that apps lose 77% of their Daily Active Users (DAU) within three days of the initial installation. Within a month, that number amounts to 90% of all DAUs!

If app developers are serious about their users receiving perfect experiences, investing in cross-platform and cross-device compatibility testing is a no-brainer!