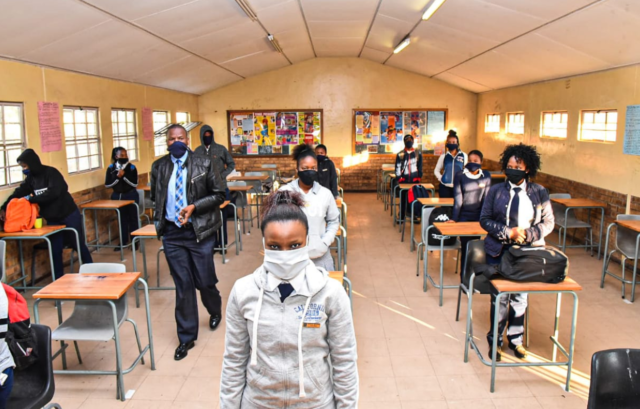 The National Professional Teachers Organisation of South Africa (NAPTOSA) sends a stern warning against teachers who still refuse to vaccinate. The teachers union indicated that it has been consistent in speaking to its members to go and get vaccinated, and refusal to do so could enforce mandatory processes. Advertisement

The National Professional Teachers Organisation of South Africa (NAPTOSA) is looking for alternative ways to reach out to teachers who still refuse to take the jab.

NAPTOSA executive Director, Basil Manuel said the majority of their members, which is about 85%, have taken the vaccination.

Manuel explained that the enforcement of measures to get teachers to vaccinate may not happened now, but he believes that there is a possibility of mandatory vaccination.

We believe that compulsory vaccinations may not be the right thing at this particular time, we believe it may come but the power of convincing people is far better and I am not only talking about teachers, but I am also talking about generally.

The teachers union indicated that they are pro-vaccine and have been working hard to convince their members.

Manuel also said that many of the unvaccinated people aren’t necessarily anti-vaccine, but they are hesitant.

It appears some people need more education about the vaccination process and others are waiting for more options to decide, NAPTOSA added.

The union said the education department has vaccinated well over 85% of its staff members, more than any other sector in the country.

Manuel said the organisation is working to convince the last hesitant group of its members before they can look at enforcement options. In addition, he made it clear that there is no way to avoid vaccination.

The union stated that vaccines are not new in the education sector as they have been admitting children at schools with vaccination cards as mandatory requirement for many years.

The union has taken its position from the onset in support of the vaccination programme in the education sector and the country.

It today still sends out messages to its members and the general population to take the jab. With the Pfizer vaccine approved for the learners, the road to mandatory vaccination may become a popular topic.