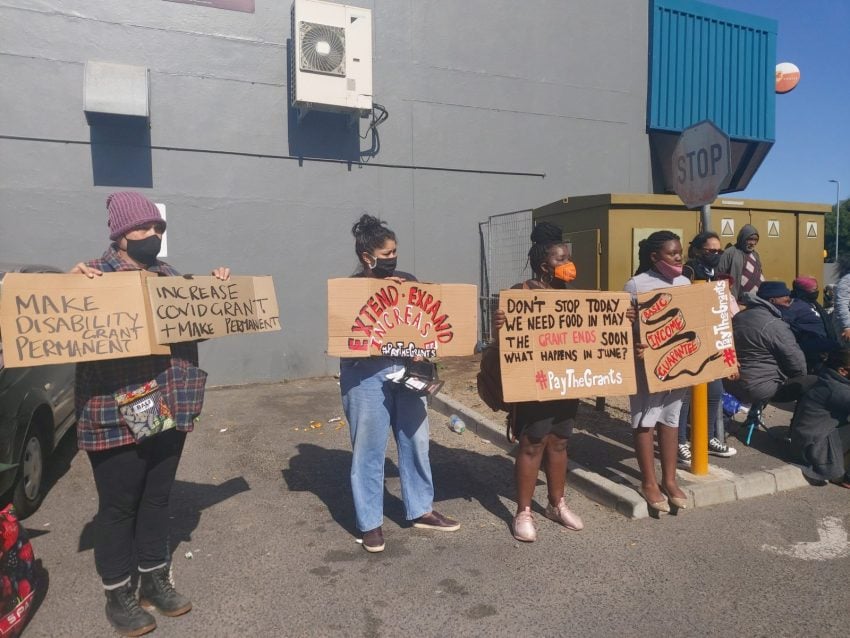 SASSA has so far processed 6 million out of 14 million SRD grant applications. There are applicants who have not been able to access their grant payments, including 1.6-million applicants who chose cardless ATM options.

In response to this, SASSA’s Spokesperson, Paseka Letsatsi has said that some of the complaints came from people who claimed that their application had been rejected and they are looking to issue a formal response to some of the questions in their memorandum of demands.

Letsatsi also points out that they have responded sufficiently to some of these queries. Additionally, 1.5 million applicants opted to be paid through the cardless payment channel at ATMs.

In a statement issued on Friday, SASSA’s CEO, Busisiwe Memela-Khambula, said applicants who chose the cardless ATM option have not been paid because SASSA is waiting for the outcome of its procurement process with banks as well as the National Treasury Department.

Another issue that the spokesperson alluded to is the processing of payments to non-eligible applicants who have managed to get access to the grant.

He said that the people who may have unlawfully benefited from the 350 SRD grant are mostly applicants from the previous cycle and many of them were picked up by SASSA’s fraud management unit and will be dealt with accordingly.

In this cycle we think that our system is very tied up, we have managed to ensure that only those who are supposed to get the R350 to get it. We will follow up on that and those who are in the wrong will be arrested because the intention is not to pay applicants who do not qualify for the grant.

He also urged applicants to not visit the Post Office to enquire about their SRD grand without having received the SMS which confirms that the grant has been paid out.

Adding that this is partly why SASSA has partnered with retail outlets such as Boxer and Pick n Pay to ensure that people make use of other methods to access their grant payments.