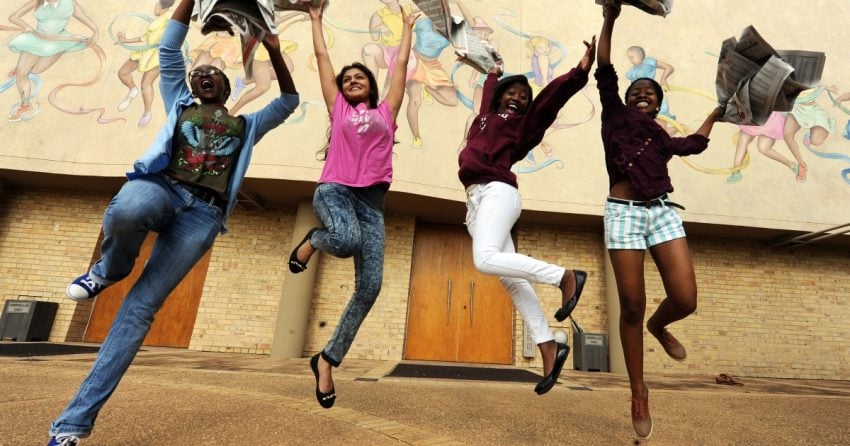 For years, matric balls have been something many learners look forward to as they celebrate the end of their final year in high school. Some schools have made it a tradition to host the dances at the end of the year, but the Basic Education Department is warning against this.

The department fears that learners will be at risk of being infected with Covid-19 if schools host gatherings such as the matric dance. The final exams are set to take place in pretty soon and many learners could be badly affected if they get infected so close to the start of exams.

Spokesperson of the Department of Basic Education, Elijah Mhlanga explained that learners could face two risks if their schools host matric balls now.

He said these learners would only be able to sit to write their exams in May or June 2021. The second risk that the department fears is that learners will lose focus and focus too much on partying.

“The focus will be too much on these parties and move away from the real world which is revision. In that case, then they will fail”

Mhlanga recently confirmed that learners who are sick or showing symptoms will not be allowed to write the final exams this year. Instead, these learners will have to write supplementary exams next year.

As the final exams draw close, the department has been planning and thinking of Covid-19 friendly venues for the exams to take place.

The department said schools will be making use of churches and community halls to write exams. These venues will have more space than school halls and will help limit the spread of the virus.

“In terms of actual preparations, the teachers and invigilators are there and we hope that they too will keep safe so that we don’t have to replace them along the way if they get tested positive,” said Mhlanga

The exams will start on Thursday 5 November and end on Tuesday 15 December. The results for the final exams will be released on 23 February 2021.

Some universities and colleges have adjusted the start of their academic calendars to accommodate the release of the results.