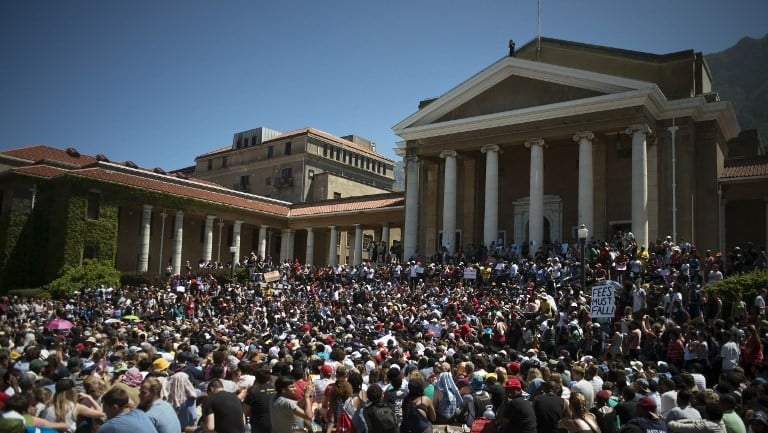 The Health Department is now concerned that and is expecting more cases to emerge from the outbreak seen amongst University of Fort Hare students and that this same situation will occur at other Universities in the country as well. Many fear that student social gatherings will play a major role in the second wave.

The Health Department is now concerned that and is expecting more cases to emerge from the outbreak seen amongst University of Fort Hare students and that this same situation will occur at other Universities in the country as well.

Fears of a second wave seem to be turning into a reality as the country passed the 700 000  mark in cases.

Family Physician Doctor Fundile Nyati spoke to SABC and said, “There is enough evidence that we are beginning to get into the second wave. In fact, when one looks at the other countries who have had the second wave, second wave started with the younger people who were attending these social gatherings”.

Nyati then continues to say that the situation in Fort Hare showed that.

At the University of Fort Hare (UFH), a Covid wave has emerged with over 30 students testing positive after a party in East London where Covid-19 health protocols were not followed took place.

The University stated, “Health Department in the Eastern Cape has launched testing and tracing campaign after the recent outbreak of COVID-19 at the University of Fort Hare in the East London campus. This after 30 students tested positive amid allegations of non-compliance to Alert Level 1 Regulations where masks were not worn, social distancing not observed, non-washing and non-sanitising of hands was not done at the tavern in Quignet, East London on 3rd October 2020.”

With Government extending the national state of disaster, one could argue that South Africa is still struggling with the virus. The country has done relatively well in their response to the virus but a major part of combatting the virus and getting over it lies in the hands of citizens of South Africa.

“People seem to think that we are out of the woods and they are not listening to the advice that comes from the Ministry”, said Nyati, and that people are not following the safety rules that are set up with some not wearing their masks or not wearing them the proper way.

Nyati said that we have lowered our guards as a population and South Africans can agree to this. This then creates a bigger problem outside of Government and the responsibility lies with us.

Some health experts have said that the virus does not thrive in warmer temperatures as the country moves to a warmer season. South Africa has also moved lower down in the coronavirus rankings, which sounds good but there is still a problem at hand.

However, on the statement that higher temperatures kills the virus, Nyati says that this was an unproven hypothesis which was put forward and that it was seen that during America’s summer, their Covid numbers increased.

“We must not fool ourselves,” says Nyati.

He believes the focus should be on reducing the new cases and also the active cases, especially those who are high risk.

“The numbers now are nowhere close to the peak during the middle of July up until the middle of August so we should be able to do better with better capacity now,” said the doctor.