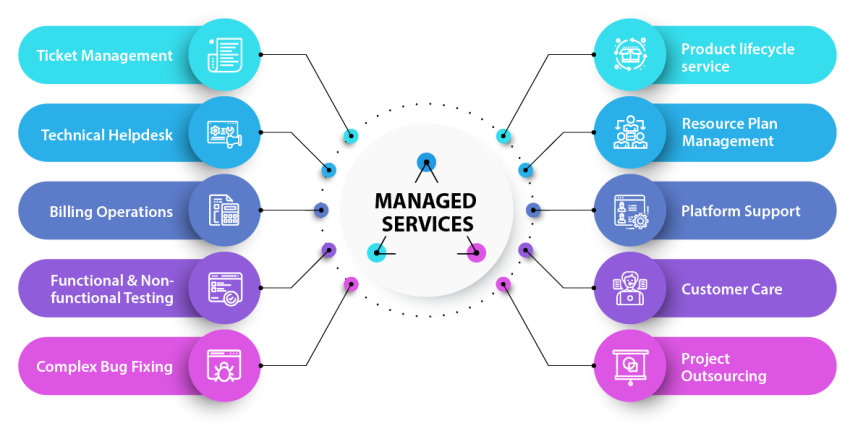 One stop shops have been around for a while and, for a lot of people they’ve served as an extremely valuable service. Having said that, some people have a negative impression in their minds without knowing much, other than somebody has used the term ‘one stop shop’ to describe a business to them. Perhaps it was a sales person touting for business and said something like ‘our competitors are a one stop shop; they aren’t experts in any particular area’. Kind of sounds plausible, but, how would they even know?

When you look at how the best one stop shops operate, they have employed specialists, experts of their trade and put them together under one roof, managed IT services are a prime example of late. From a business perspective, it’s a genius idea. Operating costs are reduced, marketing, utilities and floor space are a few of the areas whereby a business could save some serious money, if they were able to collaborate with other specialists within their network.

So, if the only negative thing you’ve heard being said about one stop shops is that, they aren’t specialists, giving you the impression that they won’t be as capable or, have the same level of focus, it’s actually quite the opposite.

Do one job and do it well

If you’ve got people working on one particular area, and they are sufficiently qualified, then they are already a professional. After some time of gaining experience, they can then be deemed an expert, as long as they know what they are talking about, of course. So, instead of having one or two people trying to juggle 10 really important business functions, why not have 10 specialists who can dedicate more of their attention and expertise to make sure that the job is done to a high standard?

If you’re a business owner then you should know, overburden somebody and they’ll either do a crap job, or burn out really quickly making the whole idea completely counterproductive. You should also know that, if you give a job to somebody that enjoys what they do and has the time to step back and think about the best strategy for the situation, that you’ll get much better results.

Not only would your business be able to cater for a wider demographic, be able to benefit from efficiencies that some business owners can only dream of and the whole operation would be much easier to manage because things are more organized. There is also a knock-on effect to your customers, the people who really matter.

With efficiencies bringing cost savings which could help you to provide a more competitive pricing structure, you could even charge more based on the credentials of your team of specialists. Charging more would only really be ethical though if you are able to provide a much better level of service that puts you head and shoulders above any other companies offering similar services.

Ultimately, the best outcome for your customer base would be that you could offer better pricing and, more convenient as they don’t have to go anywhere else, if you have a specialist for each of their needs, ready and waiting to help.