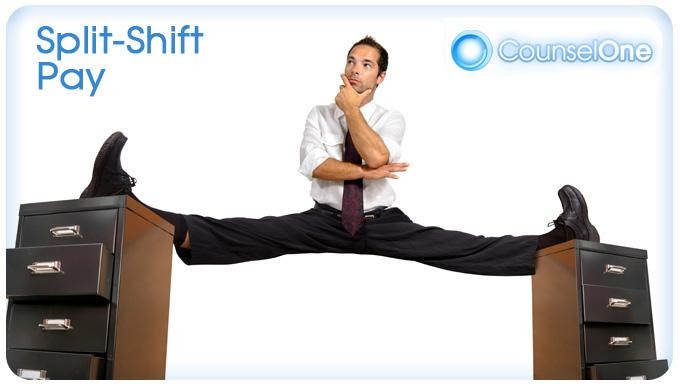 If you are an employee who has decided to work on a flexible schedule, you will be able to manage your work-life balance effectively. Your work schedule will involve non-paid and non –working periods that are established by your employer. If you work in a split shift, then your employer must compensate you for one hour of pay based on your minimum wage pay rate in addition to your minimum wage for that workday. That is, you should receive an extra hour for the day you have worked. This is referred to as a split shift premium. But if your earnings are above your hourly minimum wage, your employer may not be obligated to pay for the extra hour for your split shift.

The law concerning spilt shift in California is stringent. There have been many cases involving split shift scheduling, where employers have found themselves in court due to disagreement on payments received.  If your employer is not following split shift law, you may have unpaid wages claim. Generally, you will be eligible for split-shift pay if:

It’s worth noting that an employer doesn’t have to pay for split shift premium for any employee who lives in the place of employment. Again, if you voluntarily pick up another shift, you may not be entitled to a split shift premium.

Your Rights As An Employee

Workers have rights under the Fair Labor Standards Act (FLSA) to be fairly paid for any work they perform.  As such, you have a right to receive your split shift pay for the time you work. Any agreement to offer a shift should be between the employer and the employee. The reason is that there is no law relating to an employee being entitled to shift pay. In any case, you must be keen when demanding such payments in an event to recover unpaid shift pay. If you believe in having a split shift claim, you must prove that:

It becomes easier when an employee is in a union. In such a case, you can use the collective bargaining power to demand your pays and probe that your employer violated the terms included in your employment contract.

Under California law, any employee who has been scheduled for a split shift is entitled to receive an hour of premium pay. For instance, if you work a shift from 9:00 a.m. to 12:00 p.m. and later get back to work from 2:00 p.m. to 7:00 pm, you will have worked a split shift. In such a case, your non-paid and non-working time should be greater than an hour. Thus, your employer must pay a split shift premium, which should be an hour’s pay at your minimum wage in addition to your regular earnings to be paid for the shift. If your employer is to pay more than the state minimum wage, the excess amount is to be credited for the purposes of a split shift.   It sometimes gets tricky when it comes to the calculation of split shift premium. Though most companies in California have their own way of dealing with split shift pays, most of them use two methods to calculate the shift pay:

There are many ways to come up with the split shift pay. With the help of an experienced employment lawyer, you can get to understand the right procedure to use. It’s good to note that your split shift pay will not be factored in for overtime pay.

The fact is that your split shift premium may seem to have no value, but when such figures keep on recurring over a period of time, that adds up to a significant amount of money. If your employer scheduled a split shift and is reluctant to pay you, you may have an unpaid wages lawsuit. Since such claims can be quite complicated, it would be a good idea to have an employment lawyer evaluate your case.