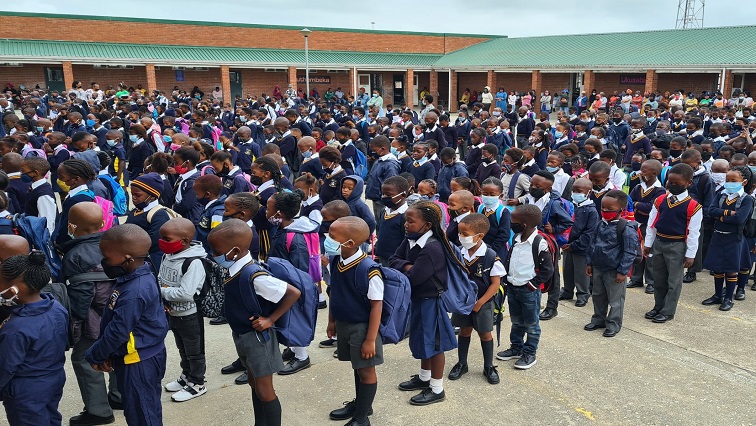 he bell has rung as learners from coastal schools return to the classroom today. Learners at Perivale Primary School were dropped off this morning at the gates of their school and it has been reported that there haven’t been any cries from any of the learners.

As it is their first day of learning, Perivale Primary School learners are dropped off at the gates

Children have come in numbers to start their first day of learning at a school in Lotus River.

Shy 7-year-old Rivaldo said he is excited to make new friends and play with other children at school.

On the other hand, his brother wants to do good this year so he can go to a good high school.

The mother of the two boys said:

There were many stories about this virus but it’s still in the air and we must wear our masks wherever we go, the children also.

This mother was as excited as her boys, even though the youngest of the two boys appeared to be shy and nervous.

“We can’t wait to get the learners into the class start with teaching and learning start the year on a positive note,” said Perivale Primary School Principal Zahier Jacobs.

The school’s state-of-the-art facilities are being built whilst learners continue learning in the 60-year-old school building.

This new facility building has a carrying capacity of 1240 learners, Jacobs excitedly said that this will be the biggest school in Lotus River.