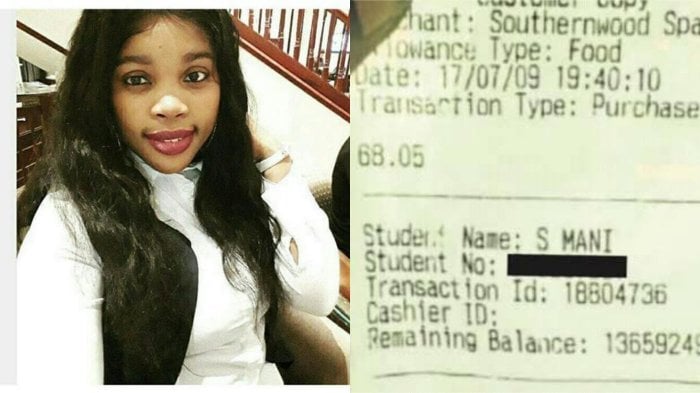 Court proceedings were set to be back in action for Sibongile Mani who got R14 million into her student account from NSFAS a few years back. However, these proceedings have seen some bumps as many wait to hear what the next move in this case will be.

Walter Sisulu University student, Sibongile Mani, was set to be back in court after she didn’t report getting R14 million into her student account in 2017.

The reason for not appearing in court was due to her lawyer, Asanda Pakade, having to be at home for a funeral.

Spokesperson for The National Prosecuting Authority, Anelisa Ngcakani, said, “Both Mani and her defence failed to appear in court, therefore a warrant for arrest was issued for Mani, which has been held over to 25 August when she is expected to appear in court”.

Sibongile was arrested in May of 2018 after a case of theft was opened by Intellimali, the company responsible for giving students their NSFAS allowances when it was found that R14 million was sent to her account on 1 June 2017 by mistake. This was, according to the company’s director, due to a technical glitch. The amount she was actually supposed to receive was only R1400 for her monthly meal allowance.

She then spent R820,000 in 73 days and did not report the money she received to the police. It was found that she spent an average of R11,000 a day. It was also said that within two hours of getting the money, she spent R20,000 on cigarettes and alcohol.

The R820,00 she spent is said to have been used on parties, Peruvian wigs, plane tickets, handbags and designer clothes. She did however, not spend some of those millions on her grandmother who raised her and who was living in poverty.

According to DispatchLive, Mani’s rivals from Sasco had gotten suspicious about her sudden make-over. She also bought phones for her friends as one friend said, “She also bought an iPhone 7 for herself and each of all her friends. She suddenly appeared at lectures wearing designer clothes and she pimped up her crew of friends. They started looking like a musical band and she started adopting Beyonce’s style”.

One students even went as far as contacting NSFAS who is said to have confirmed the amount.

The case was originally postponed in 2019 to allow Mani to finish her exams. Mani is a third year accountancy diploma student.