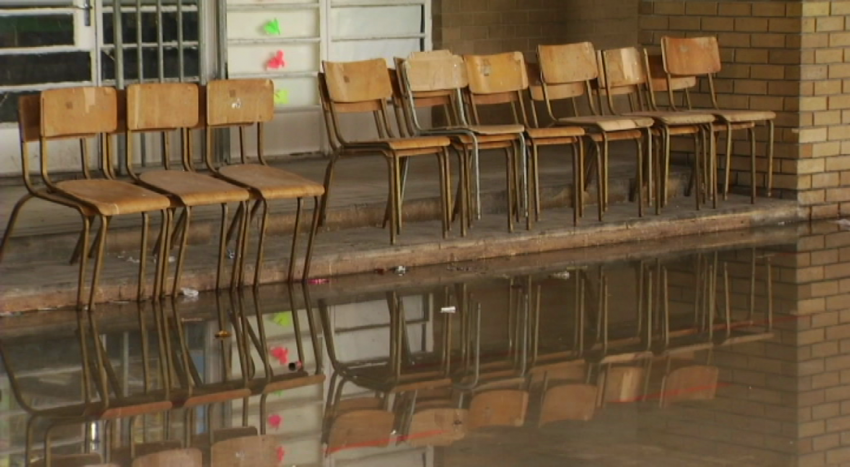 A Cape Town school, built on wet land, forces learners to wear gumboots even in hot weather conditions. Mzamomtsha Primary School was built in 1999 at Emfuleni near Khayelitsha in Cape Town.

The Emfuleni school near Khayelitsha in Cape Town was built on land that is not conducive for learning. The school is said to be attended by 800 pupils from Emfuleni and surrounding areas.

The Mzamomtsha SGB Treasurer Nthabiseng Lehana said the flooding of the school premises has been happening for many years.

The school has been waterlogged for many years even from the days of the first school principal.

Lehana said the wet conditions are even worse when its cold and learners still have to study under such conditions.

The governing body said the children are also exposed to health risks, as they sometimes experience skin rash and cold illnesses.

The assembling hall in which the learners have to gather every morning is covered in water.

It’s also reported that the school was built near a dam and there is a river running nearby which feeds water to the dam near the school.

The department said engineers are busy working on a permanent solution to fix the waterlogged issue in the school.
Mauchline also said schools in the surrounding townships have similar problem of sewage and waterlogged conditions in their premises.

The Mzamomtsha Primary School at Emfuleni in Cape Town hopes for urgent intervention from the Western Cape Department of Education.