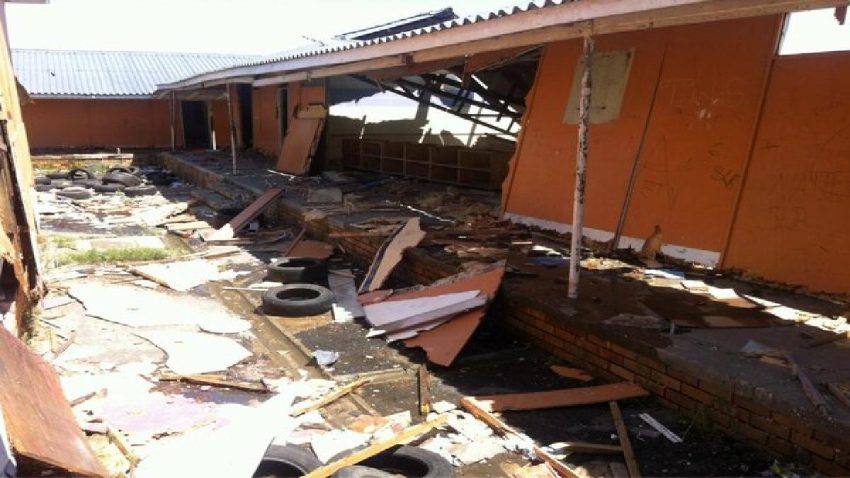 A community in Gqeberha has taken it upon itself to revive and repurpose an abandoned school as part of its initiative to foster a positive youth environment. The aim is to also do away with rampant criminal activity in the area.

Unused schools in Gqeberha have become prime targets for criminals and vandals. A number of school buildings are standing empty after schools were merged, as part of the Education Department’s rationalisation programme.

The community of New Brighton is now moving to reclaim these spaces and preserve them. They have said that they intend to use the abandoned schools as sports facilities and for community upliftment projects.

Established in 1992, the N.S Skhosana Intermediate School had its learners transferred to other schools in the surrounding area, when it was due for renovation. However, these plans never materialized.

One of the residents, Nontembiso Nomjila says that the unused school houses a lot of young criminals who often use it as shelter when taking drugs. She says that this results in most women fearing for their lives or being raped.

The community’s intervention has also garnered support from the area’s sport entity, with one of them saying that their current community facilities are not in good condition.

Project Coordinator Luyanda Senti, went on to further state that they want to convert the school into a youth centre so that all members of youth from P.E can hold sports events at the facility.

The Department of Public Works, which owns the property, has also said that it is in support of the initiative as long as the property is used to uplift the community.