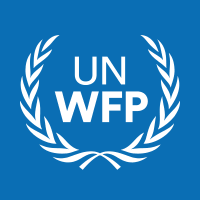 The World Food Programme (WFP) is the leading humanitarian organization saving lives and changing lives, delivering food assistance in emergencies and working with communities to improve nutrition and build resilience.

As the international community has committed to end hunger, achieve food security and improved nutrition by 2030, one in nine people worldwide still do not have enough to eat. Food and food-related assistance lie at the heart of the struggle to break the cycle of hunger and poverty.

For its efforts to combat hunger, for its contribution to bettering conditions for peace in conflict-affected areas and for acting as a driving force in efforts to prevent the use of hunger as a weapon of war and conflict, WFP was awarded the Nobel Peace Prize in 2020.

On any given day, WFP has 5,600 trucks, 30 ships and nearly 100 planes on the move, delivering food and other assistance to those in most need. Every year, we distribute more than 15 billion rations at an estimated average cost per ration of US$ 0.61. These numbers lie at the roots of WFP’s unparalleled reputation as an emergency responder, one that gets the job done quickly at scale in the most difficult environments.

WFP’s efforts focus on emergency assistance, relief and rehabilitation, development aid and special operations. Two-thirds of our work is in conflict-affected countries where people are three times more likely to be undernourished than those living in countries without conflict.

In emergencies, WFP is often first on the scene, providing food assistance to the victims of war, civil conflict, drought, floods, earthquakes, hurricanes, crop failures and natural disasters. When the emergency subsides, WFP helps communities rebuild shattered lives and livelihoods. We also work to strengthen the resilience of people and communities affected by protracted crises by applying a development lens in our humanitarian response.

WFP development projects focus on nutrition, especially for mothers and children, addressing malnutrition from the earliest stages through programmes targeting the first 1,000 days from conception to a child’s second birthday, and later through school meals.

WFP is the largest humanitarian organisation implementing school feeding programmes worldwide and has been doing so for over 50 years. In 2019, WFP provided school meals to more than 17.3 million children in 50 countries, often in the hardest-to-reach areas.

In 2019, WFP provided 4,2 million metric tons of food and US$2.1 billion of cash and vouchers. By buying food as close as possible to where it is needed, we can save time and money on transport costs, and help sustain local economies. Increasingly, WFP meets people’s food needs through cash-based transfers that allow the people we serve to choose and shop for their own food locally.

WFP also provides services to the entire humanitarian community, including passenger air transportation through the UN Humanitarian Air Service, which flies to more than 280 locations worldwide.

Funded entirely by voluntary donations, WFP raised a record-breaking US$8 billion in 2019. WFP has 20,000 staff worldwide of whom over 90 percent are based in the countries where the agency provides assistance.

WFP is governed by a 36-member Executive Board. It works closely with its two Rome-based sister organizations, the Food and Agriculture Organization of the United Nations and the International Fund for Agricultural Development. WFP partners with more than 1,000 national and international NGOs to provide food assistance and tackle the underlying causes of hunger.