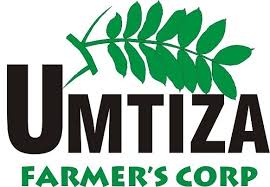 Umtiza Farmers’ Corp is based in the Eastern Cape, South Africa’s poorest province. Poverty runs deepest in the province’s former homeland areas, the Ciskei and Transkei, where developing sustainable agriculture is widely regarded as holding the best hope of stimulating growth and alleviating poverty.

It is in this crucial agri-business sector that Umtiza Farmers’ Corp conducts its business, having entered the market in 1993 when there was a void in organised agriculture in these areas. Umtiza works along the lines of a traditional farmers’ co-operative. However, it goes further than making agricultural input and maintenance products available at affordable levels to its members and supporters. It also offers advice and training programs, and creates local markets for farmers’ produce. Members and customers are made up of commercial and emerging farmers, and small-scale stock and crop owners.

Umtiza has moved with the times. To present all farmers, our supporters and investors with the opportunity of becoming equity participants in this growing business, Umtiza was converted from a privately-owned CC to a public unlisted company (2003), Umtiza Farmers’ Corp Limited. In 2017, Die Humansdorp Kooperasie has since acquired 72.16% shareholding of Umtiza FC

To ensure that our stakeholders have the infrastructure and support available to help them boost their production, Umtiza Farmers’ Corp is further expanding and mechanising its operations. This involves increasing the number of its branches in the Eastern Cape from 15 to 18 towards the Eastern areas of the province, and the number of people it employs is currently over 120