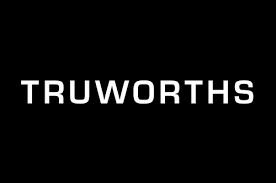 Truworths International Ltd is an investment holding and management company which has been listed in the General Retailers sector on the JSE and on the Namibian Stock Exchange since 1998. Based in Cape Town, South Africa, its main operating companies, Truworths Ltd (Truworths, operating primarily in South Africa) and Office Holdings Ltd (Office, operating primarily in the United Kingdom), are leading cash and account retailers of fashion clothing, footwear and related merchandise.

The business changed its name to Truworths Fashion House in 1935. Truworths Ltd was incorporated in 1940 and by the 1950s the chain had expanded to 80 stores. Accounts were introduced into the business in 1955 and sales reached R1 million for the first time in 1959. Truworths continued to expand across South Africa and by the late 1970s had a footprint of 280 specialised boutique stores.

The 1980s saw the rapid expansion of the brand portfolio with the launch of Daniel Hechter (1984), Inwear (1986), Truworths Man (1988) and Truworths Jewellery (1989). In the 1990s further inhouse brands were launched, namely LTD (1992), and Identity and Elements (1999). Ginger Mary followed in 2004 and Hey Betty in 2011. Organic brand expansion has been complemented by the acquisition of Young Designers Emporium (2003), Uzzi (2006), and Earthaddict, Earthchild and Naartjie (2015). During 2017 Truworths opened Office London in South Africa and acquired Loads of Living. (Subject to Competition Commission approval at the time of preparing the Annual Financial Report 2017)

Truworths introduced the emporium store concept into the South African retail market in 2004. These exciting and visually appealing large-format stores house multiple brands, fashion concepts and lifestyles in a single store and ensure that Truworths defines the fashion court in major malls across the country.