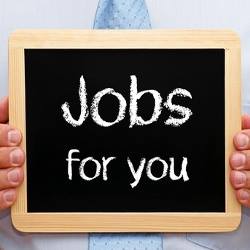 1. What is the difference between an Interface and an Abstract class?

Answer: An abstract class can have instance methods that implement a default behavior. An Interface can only declare constants and instance methods, but cannot implement default behavior and all methods are implicitly abstract. An interface has all public members and no implementation. An abstract class is a class which may have the usual flavors of class members (private, protected, etc.), but has some abstract methods.

2. What is the typical use of Hashtable?

Answer: Whenever a program wants to store a key value pair, one can use Hashtable.

4. What is the difference between static and non-static variables?

Answer: A static variable is associated with the class as a whole rather than with specific instances of a class. Non-static variables take on unique values with each object instance.

5. What is Externalizable interface?

6. What is the Set interface?

Answer: The Set interface provides methods for accessing the elements of a finite mathematical set. Sets do not allow duplicate elements.

Answer: The value NULL is a very tricky subject in the database world, so don’t be surprised if several applicants trip up on this question.  The value NULL means UNKNOWN; it does not mean ” (empty string). Assuming ANSI_NULLS are on in your SQL Server database, which they are by default, any comparison to the value NULL will yield the value NULL. You cannot compare any value with an UNKNOWN value and logically expect to get an answer. You must use the IS NULL operator instead.

8. What is the common usage of serialization?

10. What is the difference between a while statement and a do statement?

11. What is the difference between bug priority & bug severity?

Answer:  HiPrority : Urgency Of the BugSeverity : Impact of the Bug

12. What is the Collection interface?

Answer: The Collection interface provides support for the implementation of a mathematical bag – an unordered collection of objects that may contain duplicates.

13. How can one prove that the array is not null but empty?

“The Unified Modeling Language (UML) is a graphical language for visualizing, specifying, constructing, and documenting the artifacts of a software-intensive system.

The UML offers a standard way to write a system’s blueprints, including conceptual things such as business processes and system functions as well as concrete things such
as programming language statements, database schemas, and reusable software components.” OMG Specification

15. How would you use jQuery in ASP.NET Pages?

Answers:
1.JQuery is officially endorsed by Microsoft ASP.NET team and ships with Microsoft plans to ship the JQuery JavaScript library with its Visual Studio developer tool suite.
2.JQuery is open source and can be downloaded freely from jQuery.com
3. jQuery is JavaScript library and can be used by simple referece of js files on your ASP.NET pages
4. The best place to do so is master page…

16. What are the callback methods in Entity beans?

17. What is conversion constructor?

Answers: SOAP is an XML-based messaging technology standardized by the W3C, which specifies all the necessary rules for locating Web services, integrating them into applications, and communicating between them.

Answers: The Locale class is used to tailor program output to the conventions of a particular geographic, political, or cultural region.

SDLC (Software Development Life Cycle) is the process of developing software through business needs, analysis, design, implementation and maintenance. Software has to go through various phases before it is born which are as follows:

(i)Generating a Concept – A concept comes from the users of the software. For example, a Pizza Hut may need software to sell pizza.

An Indian store may need software to sell its newly arrived movies or grocery. The owner of the company feels that he needs software that would help him in tracking his expenses and income as well as enhance the selling process. This is how the concept is generated. The owner will specifically tell the software company what kind of software he would need. In other words, he will specify his requirements.

(iv) Testing: Once the code (programs) are ready, they are compiled together and to make a build. This build is now tested by the software testers (QA Testers)

(v) Production: After testing, the application (software) goes into production (meaning, it will be handed over to the owner).

(vi) End: And one day, the owner will have say bye to the software either because the business grows and this software does not meet the demand or for some reason, the he does not need the software. That’s the end of it.

21. What is namespace of asp.net mvc?

ASP.NET MVC namespaces and classes are located in the System.Web.Mvc assembly.