Click here to Get your Matric results on www.enca.com/matricresults

Minister of Basic Education Angie Motshekga has announced the national and provincial pass rates for Matric 2014.

Most Matrics in 2014 passed their National Senior Certificate (NSC) but the pass rate has decreased by 2.4 percentage points compared with last year.

Click here to Get your Matric results on www.enca.com/matricresults 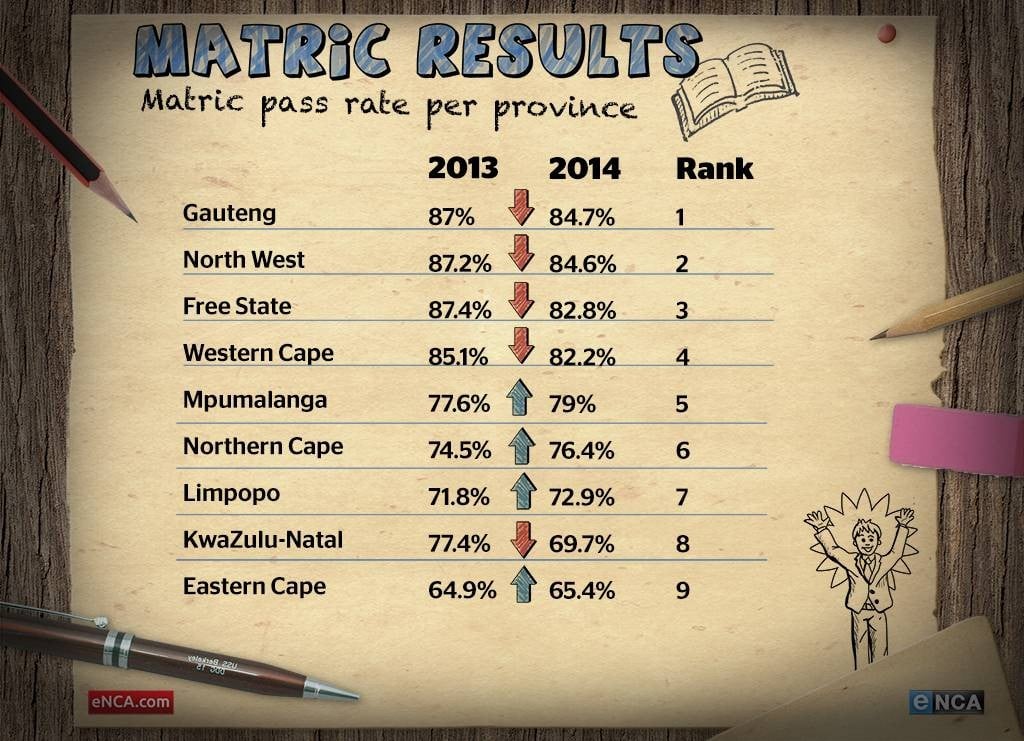