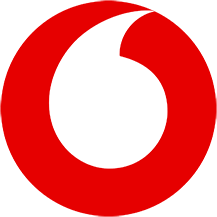 Vodacom Group Limited (Vodacom) is an African mobile communications company providing voice, messaging, data and converged services to over 65.2 million customers. From its roots in South Africa, Vodacom has grown its operations to include networks in Tanzania, the Democratic Republic of Congo, Mozambique, and Lesotho and provides business services to customers in over 40 African countries. Vodacom is majority owned by Vodafone, the world’s largest mobile communications company by revenue, and is listed on the JSE Limited under the symbol VOD.