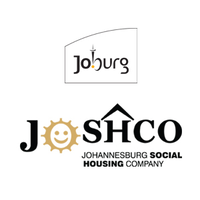 JOSHCO (Johannesburg Social Housing Company) was formed by the City of Johannesburg in 2004 to provide affordable social housing to families who would otherwise be unable to afford a home. Thirteen years later, JOSHCO is continuing to change lives.

South African citizens earning between R3500 and R7500 are in a difficult position when it comes to housing. Those in this income bracket earn too much to qualify for free housing under the RDP scheme, but not enough to qualify for a bond or mortgage. JOSHCO was created as a solution to this problem, and has been providing quality, affordable social housing to its tenants for the past thirteen years.

JOSHCO reaches families who conventionally would not be able to access these kinds of products because of affordability constraints. “As an extension and agent of the City of Johannesburg, JOSHCO is able to use the budget that it leverages from public funding to produce the product.

The grant is just for the construction — to allow us to put the unit onto the ground. This funding and state support means that JOSHCO does not need to recover the full cost of the product from the consumer, and is something that sets the company apart from other affordable housing providers in Johannesburg. While JOSHCO is generally working on numerous projects at any given time, the demand is still much higher than the supply.