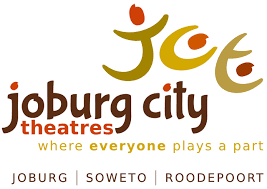 The construction of the Civic Theatre was approved by the Johannesburg City Council in the early 1960s. The theatre was completed in 1962 and its main goals were based on education and promoting the public interest in drama, opera, ballet, music, painting and other kinds of arts as well as subsidizing these productions and performances. The official opening of the theatre took place on the 27th of August 1962. The first manager and administrator appointed by the City Council, Michal Grobbelaar served as the head of this institution until 1993. One of the first performances included opera followed later by dramas, ballets and musicals. For a long time the theatre was unfortunately segregated and the performances were accessible mainly to white South Africans. This situation only changed in the 90s. A very important fact in the history of the theatre occurred in 1964 with the establishment of the puppet Marionette Company to offer performances for children. In the mid 1980s the complex needed renovation and reconstruction. The reopening of the newly renovated theatre took place in 1992. The Johannesburg Civic Theatre had been transformed into a body more representative of the whole population of the city. The newly appointed director Janice Honeyman in 1996 launched an ambitious programme of productions brought to the theatre by promoters and outside producers. International musicals and works of local artists were presented at the theatre. The children’s theatre, an art gallery and a series of restaurants provided a high standard of entertainment to visitors at the theatre. At a later stage continued financial pressure forced management to implement painful cost-cutting exercises. The City of Johannesburg made some important decisions concerning the future of the Civic Theatre which included: separating it from the City Council, appointing a new Independent Board of Directors and reconfiguring the theatre into a house able to accommodate productions brought in by the independent producers. The Main Theatre was renamed in 2001 as a Nelson Mandela Theatre. At present the Johannesburg Civic Theatre has seven five-star venues of which three are private dining rooms available for hire. The Civic Theatre is one of the best venues of live entertainment and is rated amongst the best theatres of South Africa.