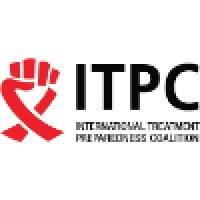 ITPC was formed in 2003 in Cape Town by a committed group of HIV treatment activists who refused to accept a world in which people with HIV were denied access to life-saving medicines.

The International Treatment Preparedness Coalition (ITPC) is a global network of people living with HIV, community activists, and their supporters working to achieve universal access to HIV treatment and other life-saving medicines.

ITPC is an issue-based coalition. Treat People Right is the core of our work. ITPC actively advocates for treatment access through three strategic focus areas:

The International Treatment Preparedness Coalition (ITPC) is a global movement of people living with HIV, treatment activists and their supporters dedicated to treatment access for all in need. We are an open and flexible coalition that works with nine regional ITPC networks, strategic partners, researchers, activists and community organizations around the world to respond to treatment issues.