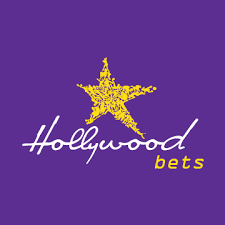 Hollywoodbets is South Africa’s premier betting brand, offering the public an upmarket environment where punters can bet in comfort and style. Over the years we have built up an extensive retail presence in KwaZulu-Natal, Gauteng, the Western Cape, the Eastern Cape, Limpopo and Mpumalanga. Never ones to stagnate, we also introduced online, telephonic and cellphone betting allowing punters to place their bets anytime, anywhere. In 2017 Hollywoodbets opened their first branch in Mozambique, further growing into Southern Africa.

Our services consist of a wide range of betting opportunities and include exciting products with a quicker turn-around like Betgames and Lucky Numbers. We also offer betting on all major sports including horse racing, soccer, cricket, rugby, golf, tennis, American football, basketball, darts, badminton and many more!

Hollywoodbets also believes in contributing to the communities that we operate in. At present we employ over 5 000 people and, in addition to that, each of our branches nationwide supports a charity organisation and development soccer team. As title sponsors of the KwaZulu-Natal cricket team, the Hollywoodbets Dolphins, as well as naming rights holder of Hollywoodbets Kingsmead Stadium we choose to invest in cricket development by supporting various grassroots teams in the province.

Since 2018 we’ve become more involved in rugby sponsorship after sponsoring the KZN-based Murray Cup tournament, the oldest rugby knockout tournament in the world. As of 2019 Hollywoodbets has come on board as a sponsor of the Phaka rugby show on SuperSport and has consequently started sponsoring development rugby teams in collaboration with Kaunda Ntunja, the show’s host and local rugby expert. We also signed on as sponsors of the Cell C Sharks in KwaZulu-Natal. Additionally, we made history in 2019 by becoming the first ever title sponsor of two South African racecourses – Hollywoodbets Greyville and Hollywoodbets Scottsville.