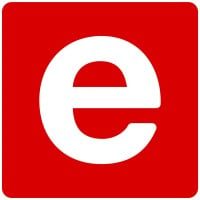 As the first free-to-air commercial television station in South Africa, e.tv has shown enormous growth since being launched in October 1998. With only six hours a day of broadcast time, the channel soon expanded to 24-hour programming.

By 2001 e.tv became the largest English-medium station in the country and the second largest overall, a position it retains with its “yesterday” viewership at 11.9 million (AMPS 2007/2008).

The broad appeal of e.tv’s programming has resulted in loyal viewers spanning all age, race and income groups across 80.5% of the South African population.

According to e.tv’s CEO, Marcel Golding, each year proves to be challenging, yet truly exhilarating. It’s taken us a good few years to get the recipe right, and we continue to shape ourselves according to our audiences needs.’

He says that e.tv’s popularity boasts no secret formula. He says, `The reason why we do so well, is because we are incredibly focused on our programming. We cater for our audiences; it’s really as simple as that.’

e.tv is famous for its free movies and special movie festivals and our immensely popular Sunday night movie blockbuster slot.

International series such as King of Queens, WWE Wrestling, Fear Factor, America’s Next Top Model, Friends and The Biggest Loser all have a loyal following and our 2008 line-up includes more hit local and international series to keep our viewers entertained.

eNews, our flagship news programme, is widely regarded as the most reliable and independent news source in the country and is the most viewed English language news attracting all ages, races and language groups.