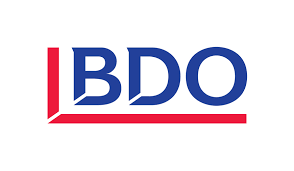 BDO’s roots go as far back as 1910 when the USA founding firm, Seidman and Seidman was founded. At this stage there were only 2 000 certified public accountants practicing in the USA. The forerunner to BDO in South Africa, Charles Welby Steward was started in Cape Town in 1916. In 1938, Jock Spencer and Bill Shaw formed Spencer Shaw Hood & Co in South Africa. Bob Hood joined last and the name changed to Spencer Shaw Hood & Co. In 1963 an agreement was reached between Johannesburg firm Spencer Shaw Hood, Cape Town firm Welby Steward, and Durban firm Arthur Hopewell to use the same name (Spencer Shaw Hood), logo and audit methodology. This firm merged with Ross Spencer Rule in 1976, and Spencer Steward & Co was formed. It joined the BDO network in 1980 and grew in size when Dreyer & Dreyer joined in 1984, Ironsides in 1986 and Henry & Storey in 1987. In 1988 the firm became known as BDO Spencer Steward. The tax practice was bolstered in 2001 when specialist tax firm Munnik Fourie joined.

From 2010 the brand continued to develop, all with the objective of becoming the true powerhouse of the mid-tier. To achieve our growth ambitions and a turnover to match, we took an acquisition approach.
In 2010, Moore Stephens’ Johannesburg office joined BDO, while Cameron Prentice joined us in Cape Town.  In 2015, we then acquired RW Irish which merged with our Johannesburg office.  Most recently, we acquired Grant Thornton in Cape Town, Port Elizabeth, Johannesburg, Nelspruit and Polokwane.
These acquisitions pushed us beyond our growth ambition, doubling our size as a firm and catapulting us to be the leader of the midtier and a credible alternative to our competitors.