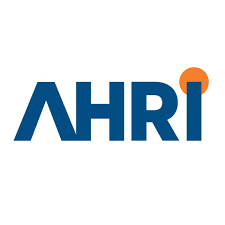 The Africa Health Research Institute (AHRI) is a multidisciplinary, independent research institute based across two sites in the province of KwaZulu-Natal, South Africa.

Our goal is to become a source of fundamental discoveries into the susceptibility, transmission and cure of HIV, TB and related diseases. We also seek ways to improve diagnosis, prevention and treatment.

To achieve this, we bring together leading researchers from different fields, use cutting edge science to improve people’s health, and help to train the next generation of African scientists.

Our research is truly collaborative: we work with over 60 academic and clinical institutions in South Africa, and elsewhere in Africa and the world.

AHRI’s major funders are Wellcome Trust and the Howard Hughes Medical Institute. Our academic partners are the University of KwaZulu-Natal (UKZN) and University College London.

Africa Centre’s core aim was to improve population health by reducing the burden of HIV and TB in the population of rural KwaZulu-Natal, and limiting the illness and death associated with emerging non-communicable diseases. K-RITH was founded in 2009 through a collaboration between the Howard Hughes Medical Institute and UKZN, with public sector support through the Technology Innovation Agency. K-RITH was formed as part of a response to the 2005-2006 extensively drug-resistant TB crisis in Tugela Ferry, and the realisation that there was an urgent need to bring basic science research right to the epicentre of the HIV and TB co-epidemic.